Present and futures : architecture in cities /

Photography, an independent art : photographs from the Victoria and Albert Museum 1839-1996 /

The architecture pack : a unique, three-dimensional tour of architecture over the centuries : what architects do, how they do it, and the great buildings they have given us around the world /

Madness in the making : the triumphant rise and untimely fall of America's show inventors /

A natural history of peace /

A history of dogs in the early Americas /

Creating a place for ourselves : lesbian, gay, and bisexual community histories /

Pueblo and mission : cultural roots of the Southwest /

Drink, power, and cultural change : a social history of alcohol in Ghana, c. 1800 to recent times /

The rumour of Calcutta : tourism, charity, and the poverty of representation /

History of the conquest of the province of the Itza : subjugation and events of the Lacandon and other nations of uncivilized Indians in the lands from the kingdom of Guatemala to the provinces of Yucatan in North America /

Wind against the mountain : the crisis of politics and culture in thirteenth-century China /

Japanese Americans : the formation and transformations of an ethnic group /

Happily ever after : fairy tales, children, and the culture industry /

Stephen Crane, journalism, and the making of modern American literature /

The Theatrical inquisitor for ...

All the king's men : the local and the universal /

Dramas of distinction : a study of plays by Golden Age women /

Approaches to teaching British women poets of the romantic period /

Don Quixote in England : the aesthetics of laughter /

The Victorians and race / 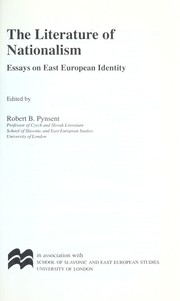 The literature of nationalism : essays on East European identity /

Song and story in biblical narrative : the history of a literary convention in ancient Israel /

The new Negroes and their music : the success of the Harlem Renaissance /

Verney papers. : Notes of proceedings in the Long parliament, temp. Charles I., printed from the original pencil memoranda taken in the House of Sir Ralph Verney, knight, member for the borough of Aylesbury, and now in the possession of Sir Harry Verney, bart. /

Die Sabbati, 29. Januarii. 1641. An order made by both Houses of Parliament, to prevent the going over of popish commanders into Ireland, and also to hinder the transportation of arms, ammunition, money, corne, victuals, and all other provision to the rebels, and for the sending back of the Irish papists lately come over.

Tuesday, July 26. 1659. Ordered by Parliament, that Wednesday the 31 of August 1659. be set apart for a day of solemn fasting and humiliation throughout England, Scotland and Ireland.

Die Martis, 17. Maii. 1642. The Lords and Commons in Parliament do declare, that it is against the lawes and liberties of the kingdom, that any of the subjects thereof, should be commanded by the King to attend him at his pleasure; but such as are bound thereto by speciall service; and that whosoever upon pretence of his Majesties command shall take arms, and gather together with others, in a warlike manner, to the terror of the Kings people, shall be esteemed disturbers of the publike peace,...

The rates of merchandise, that is to say, the subsidy of tonnage, subsidy of poundage, and the subsidy of woollen clothes or old-drapery, as they are rated and agreed on by the Commons House of Parliament. Set down ... to be paid according to the tenor of the act of tonnage and poundage ... and subscribed with the hand of Sir Harebotle Grimston Baronet, Speaker of the House of Commons. Saturday July 28. 1660. Ordered by the Commons assembled in Parliament, that the Act of Tonnage and Poundage, and the Book of Rates, together with the rules annexed, be forthwith printed and published ...

Anno Regni Caroli II. Regis Angliæ, Scotiæ, Franciæ, & Hiberniæ, duodecimo. At the Parliament begun at VVestminster, the five and twentieth day of April, an. Dom. 1660. In the twelfth year of the reign of our most gracious sovereign lord Charles, by the grace of God, of England, Scotland, Frace, and Ireland, King, Defender of the Faith, &c.

An ordinance of the Lords and Commons assembled in Parliament: for the erecting and maintaining of a garison at Newport-Pagnell in the county of Buckingham, to consist of 1200. souldiers for the safeguard of the associated counties of Bedford, Herford, Northampton, Huntington, Cambridge, Suffolke, Norfolke, and Essex. Together with directions for the raising of money for maintenance of the said garrison. Die Lunæ 18. Decemb. 1643. Ordered by the Lords assembled in Parliament, that this ordinance be forthwith printed and published. Joh. Brown Cler. Parliamentorum.

The humble petition and advice of both Houses of Parliament with, XIX propositions, and the conclusion sent unto His Majestie the second of June, 1642. H: Elsynge Cler: Parl: D: Com'.

Whereas it hath pleased almighty God to call to his mercy our late sovereigne lord, King Iames, of blessed memory, by whose decease the imperiall crowns of Great Britaine, France and Ireland, are solely and rightfully come to the high and mighty Prince Charles ...

The humble petition of the Lords and Commons to the King for leave to remove the magazine at Hull, to the Tower of London: and also to take off the reprieve of the six condemned priests now in New-gate. Together with his Maiesties answer thereunto. Also a list of the names of the severall colonells, and their colours, with the lievtenant colonells, serjeant majors, and captaines and lievtenants appointed by the committee, for the ordering of the militia of this honourable citie of London. Likewise, the copy of two letters; the one from the Commons House of Parliament, to the members in their severall counties, to further the advancement of the adventure for Ireland: the other, from the Commons House to the severall sheriffes of this kingdom.

A declaration and ordinance of the Lords and Commons assembled in Parliament, for the seizing and sequestring of the estates, both reall and personall, of certain kinds of notorious delinquents, to the use, and for the maintaining of the army raised by the Parliament, and such other uses as shall be directed by both houses of Parliament, for the benefit of the Common-wealth. With the names of the committees who are employed in the severall counties of this kingdom, for the execution of this ordinance. Ordered by the Lords and Commons assembled in Parliament. that this ordinance be forthwith printed and published. Jo. Brown Cler. Parliamentorum. Hen. Elsynge, Cler. Parl. D. Com.

Manchesters resolvtion against the Lord Strange. With the Parliaments endeavour and care for the prevention of such sad calamities that may ensue upon the nation, by their severall votes, resolved upon in the House of Peers, and in the House of Commons, for the securing of the Kingdome of England, and Dominion of Wales. /

All the severall ordinances and orders of the Lords and Commons assembled in Parliament: for the speedy establishing of a court martiall within the cities of London, Westminster, or lines of communication. Together with the names of such commissioners as are appointed for the execution thereof. Die Sabbati 17. August. 1644. Ordered by the Lords in Parliament assembled, that this ordinance of martiall law be printed according to the originall, and forthwith published. Ioh. Browne Cler. Parliamentorum.

A joyfull message sent from the House of Commons to Robert Earle of Warvvicke, admirall of His Majesties navie royall, concerning the ships which now lye ready at the coast of Holland laden with ammunition, to be sent to His Majesty at Yorke. With the message which they sent to the Dutch ambassadour, and his answer to the said message. Likewise the report which was made to both Houses, concerning 8000 men which are to be sent from France, and Spaine, to His Majesty to assist him against the High Court of Parliament, and the Parliaments resolution concerning the same. Ordered by the Lords and Commons, that this be printed and published throughout the kingdome. John Browne Cler. Parl.

An ordinance of the Lords and Commons assembled in Parliament. After advice had with the assembly of divines, for the ordination of ministers pro tempore, according to the directory for ordination, and rules for examination, therein expressed. Die Mercurii, 2 Octob. 1644. Ordered, that this ordinance for ordination, of ministers pro tempore, bee forthwith printed. H. Elsynge Cler. Parl. Dom. Com.

Charles I in 1646. : Letters of King Charles the First to Queen Henrietta Maria /

Eikon basilike ; the portraiture of His Sacred Majesty in his solitudes and sufferings /

20. Januarii. 1641. His Majesties letter to both houses of Parliament.

By the King. A proclamation of His Majesties grace, favour, and pardon to the inhabitants of His county of Dorsett.

By the King. His Majesties gratious proclamation to the cittyes of London and Westminster.

His Majesties message to the House of Commons, February 7. 1641. His Majestie taking notice of a speech, pretending in the title to have been delivered by Master Pym in a conference, ...

Huntington 15€ Martii. 1641. His Majesties message to both Houses of Parliament, upon his removall to the city of York.

A message from his Majesty to the House of Peeres on Friday the 11 of Feb. 1641. Concerning his acceptance of Sir John Coniers, in the place of Sir John Byron to be Lieutenant of the Tower.

His Majesties speech to the gentry of the county of Yorke, attending his Majesty at the city of Yorke, on Thursday the 12 of May 1642.

By the King. A proclamation for the better defence of the Kings Royal Person, and of the Vniversity and city of Oxford.

By the King. A proclamation prohibiting free-quarter, or taking any provisions in the counties of Oxford, Berks, and Wilts, without paying upon paine of death.

By the King. A proclamation for the apprehending and punishing all stragling souldiers, for the greater security of His Majesties good subjects.

By the King. A proclamation for a generall fast to be held throughout this kingdome on the second Friday in every moneth.

By the King. His Majesties proclamation, forbidding the tendring or taking of the late vow or covenant, devised by some members of both Houses, to engage His Majesties good subjects in the maintenance of this odious rebellion.

By the King. His Majesties proclamation forbidding the tendring or taking of the late vow or covenant, devised by some members of both Houses to engage His Majesties good subjects in the maintenance of this odious rebellion.

C.R. By the King. A Proclamation warning all His Majesties good subjects no longer to be misled by the votes, orders, and pretended ordinances, of one, or both Houses, by reason the Members doe not enjoy the freedome and liberty of Parliament. With His Majesties gracious offer of pardon to the Members of both Houses, and of protection to such of them as shall repair to him.

By the King. A proclamation of His Majesties grace, favour, and pardon to the inhabitants of His county of Devon.

By the King. His Majesties offer of pardon to the rebells now in arms against Him.

Famous American speeches a multimedia history : 1850 to the present.

Gender & society official publication of Sociologists for Women in Society.

Exotic Japan an interactive introduction to Japanese culture and language /

Less is more : minimalisme en arquitectura i d'altres arts = minimalism in architecture and the other arts /

Present and futures : architecture in cities /

Photography, an independent art : photographs from the Victoria and Albert Museum 1839-1996 /

The architecture pack : a unique, three-dimensional tour of architecture over the centuries : what architects do, how they do it, and the great buildings they have given us around the world /

Ethical and social issues in the information age /